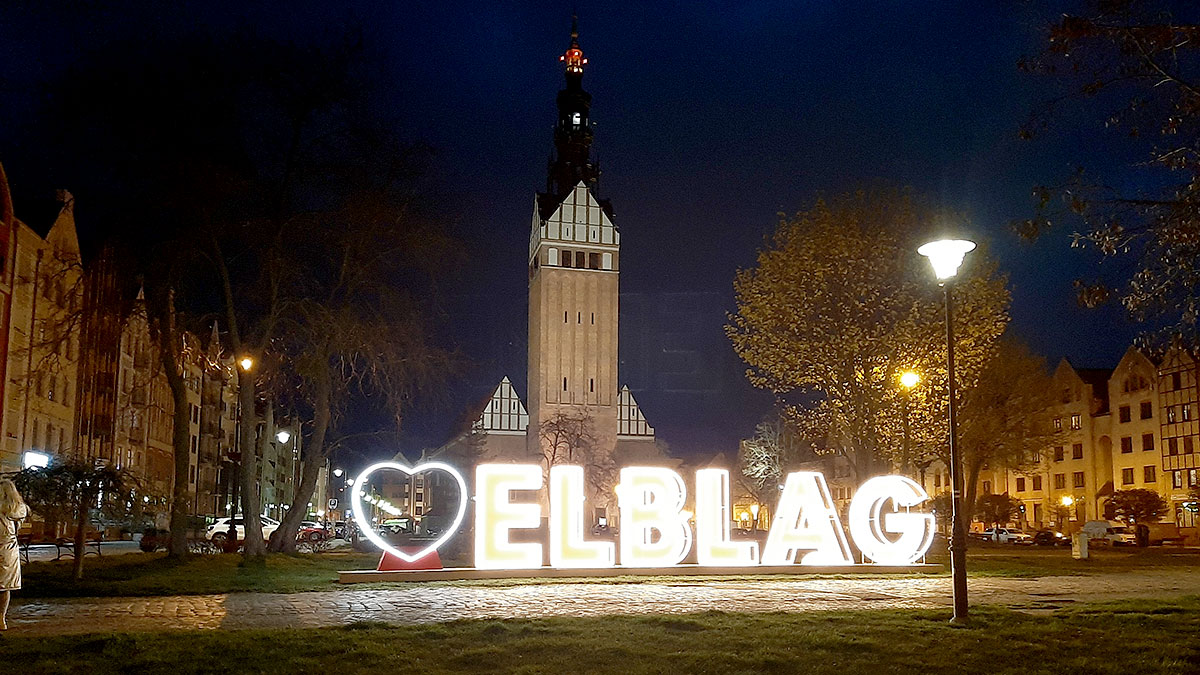 Elbląg – a city with 120 thousand of inhabitants in northern part of Poland, located between TriCity and Olsztyn, close to the border with Kaliningrad Region (50 km). The national roads, S7 (Gdansk – Warsaw – Krakow) and S22 (Berlin – Kaliningrad) interconnect there.

There is also an inland water connection with the Baltic Sea, operated by the Port in Elbląg. In the vicinity there are Port of Gdansk and Gdynia as well as international airports: Gdańsk Rębiechowo and Olsztyn-Szymany which open Elbląg to Europe and Baltic countries.

Top city in the region

In the city there are two universities and a developed secondary and vocational education institutions. The city cooperates with local businesses and universities to create a qualified workforce; by, among others, a system of apprenticeships and the creation of specialised profile classes tailored for market needs.

The city focuses on innovations. It invests in adapting infrastructure to the needs of residents and investors. In the last decade, the quality of living and running a business has improved due to, among others, the development of a fibre optic network, the modernisation of road infrastructure, the implementation of a modern waste treatment and water purification system, the development of investment areas and the establishment of innovation implementation centres.

Potential is the king

Elbląg attracts investors willing to implement their business plans. It has land in attractive locations intended for the investors’ needs. Particularly noteworthy is Modrzewina South and the Elbląg Technology Park located within its area – the project which is being consistently implemented by the city authorities to create favourable conditions for investment in Elbląg. The whole area has access to infrastructure necessary for the implementation of the investment. The area of Modrzewina South is intended for production and service activities of high-tech industry. In accordance with the assumptions of the local spatial development plan, technical and production buildings for industrial and warehousing activities may be built here, including: production and services of high-tech industry, warehousing, logistics, distribution.

In the centre of Modrzewina South there is the Elbląg Technology Park which offers laboratory research and innovation brokerage services in the Business, Development and Innovation Centre, as well as regular services of office and conference space rental and support for companies located in the park.

Other very attractive areas for investors are the plots located directly at the Elbląg River, in close proximity to the Sea Port. The port itself is dedicated to carry out cargo, passenger and tourist traffic. It provides opportunities for trade development and has a sound technical infrastructure (reinforced quays, open storage areas, sidings, grain elevators, as well as it has the capacity to repair vessels at the Repair Shipyard. All institutions necessary for handling passenger and cargo traffic, including: Border Guard, Customs Office, Port Authority, Phytosanitary Inspection Post, operate in the port.

Also, the works on the project titled: ‘Construction of a waterway connecting the Vistula Lagoon with the Bay of Gdansk’ are carried out. Currently, excavation works are being carried out in the area of the future Canal. The shipping canal will be 1.3 kilometres long and 5 metres deep. Ultimately, this will enable the ships with a draught of 4-4.5 m, length of up to 100 m and width of up to 20 m to enter the Port of Elbląg. Construction of the canal through the Vistula Spit is due to be completed in 2022.

Reliefs and advantages for investors

The Warmia and Masuria Special Economic Zone, Elbląg Subzone. A significant incentive to invest in Elbląg may be the highest level of state aid in the country. Investments located on the area included in the W-M SEZ entitle to tax reliefs, even up to 70% of the value of investment costs or two-year labour costs related to the newly employed in the zone.

Support from the city authorities

The city offers local tax exemption for investors who will create new jobs. Depending on the number of people employed as a part of the investment, investors can obtain exemption from land and property tax for a period of 3 to 6 years.

Department of Promotion and Entrepreneurship

In the Town Hall there is the Department of Promotion and Entrepreneurship which provides, among other things comprehensive assistance for investors at every stage of investment implementation and further support during business operations.

Elbląg is also one of the oldest Polish cities. Its unique appearance is a result of its uneasy history and, above all, the intertwining Polish and German influences.

Despite the destruction suffered after World War II, Elbląg’s Old Town has been vigorously reviving for several decades now, and its area development resembles historical buildings with a tasteful touch of 21st century architecture. Tourists are welcomed not only by charming tenement houses, but also by delightful medieval monuments: the Market Gate, the EL Gallery Art Center, which is housed in a former Dominican church, or St. Nicholas’ Cathedral with the highest church tower on the right side of the Vistula River.

The Elbląg Canal, a world-class monument of hydro-engineering art, begins in the heart of the Old Town. It is the only still operating waterway worldwide, with a system of slipways and locks, thanks to which ships are able to overcome the nearly 100-metre water level difference between Elbląg and Ostróda.
Elbląg is not only the old town buildings. Zygmunt August Boulevard, Bażantarnia forest and numerous parks successfully attract the enthusiasts of nature, photography and sports, whereas in summer, the Elbląg Aeroclub offers its services to skydiving enthusiasts.

The city also invites you to a variety of cafés, restaurants and pubs, which invite you to relax, taste culinary specialities and have a good time.