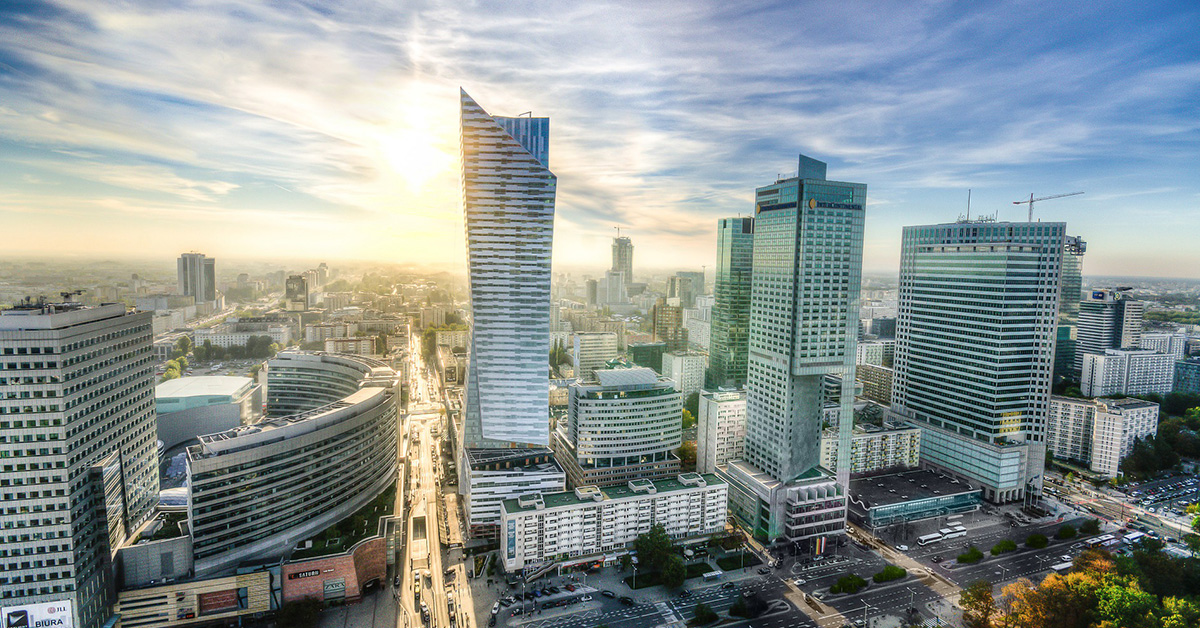 Why is it worth investing in Poland? There can be many answers, but in three words: people, location and economy. Since 1989, Polish economy and society have undergone a huge transformation, decisively making efforts to align the quality of life with this in Western Europe. Since 1990, Polish GDP has increased 7-fold, and since 2010, Poles’ purchasing power has risen by nearly 30%. (from 21 thousand USD to 34 thousand USD). Membership in the European Union (since 2004) and NATO (since 1999) has allowed Poland to safely develop and adapt to the requirements of modern economy. With 38 million 353 thousand citizens, Poland is the largest country in the region of Central-Eastern Europe and 6th most populous in the European Union. As a result, investors perceive our country not only as an attractive place to locate production, but also as a significant market. In addition, EU membership gives them access to 500 million EU consumers.

Investors feel good in Poland. According to the “Study of investment climate in Poland in 2018” prepared by the Polish Agency of Investment and Trade, company Grant Thornton and HSBC bank, 94% investors would invest again in Poland. As the biggest strengths of our country investors indicate the size of the market and the stability of our economy. 49% of investors assessed that Poland is a good place for doing business, only 10% assessed it as bad, and none rated it as “very bad”.

The economic survey from 2019 carried out annually by the German Chamber of Commerce (AHK) shows that investors appreciate Polish membership in the EU, the quality of human resources (skills, motivation and commitment) and good availability of local suppliers. Foreign companies also stress the payment discipline of companies. It is followed by the quality of higher education and the state of infrastructure.

Polish economy stands out from other European countries with its unique growth dynamics and stability. In 2018, the index agency FTSE Russel concluded that the Polish financial market could be reclassified from developing to developed. During the crisis in 2008, Poland was seen as a “green island” and was the only country that had avoided recession. During the COVID-19 crisis, Poland is doing better than average European economies.

Polish GDP is 74% of GDP for the whole of the European Union. According to the International Monetary Fund, the Polish Economy grew in 2019 at a rate of 4%, while the average growth rate in the euro zone and the European Union was, respectively, 1.2% and 1.5%. Due to the crisis associated with the COVID-19 pandemic, Poland will be in recession for the first time in nearly 20 years, but the World Bank experts predict that already in 2021, the GDP growth should reach 3.5%.

Poland is located in the centre of Europe, at the crossroads of roads to North, South, East and West. The location, which caused geopolitical problems in the past, now allows us to use the advantages of our country. Poland gains from the immediate vicinity of the EU’s largest economy, Germany, the most important trade partner. Poland plays an important role of a production and storage facility for Germany, as evidenced by the developed infrastructure of warehouses and logistics along the Western border of our country.

Transit traffic between Western and Southern Europe, Eastern part of the continent (including Estonia, Belarus, Lithuania, Latvia, Russia, Ukraine, Kazakhstan) and China runs across Poland. Poland has the 5th largest network of roads in the European Union. The next 1500 km is under construction.

Polish railway network is the 4th longest in the European Union, while PKP Cargo is the second largest carrier in the EU with 25 transhipment terminals in key locations in the country. The importance of Poland in international railway transport is reinforced by the fact that we have a direct train connection with Chengdu as part of the “Belt & Road” initiative (Chinese project to reactivate the Silk Road).

Poland has 4 main seaports (Szczecin, Swinoujscie, Gdynia and DCT Gdansk), last two of which have the largest share of turnover of seaports. Further investments are planned in maritime transport: the construction of the Central Port in Gdansk, External Port in Gdynia and Container Terminal in Swinoujscie).
Aviation infrastructure

All major Polish cities have airports with international flights. Warsaw Chopin Airport, the airports in Katowice and Gdansk, also play an important role as transhipment hubs. Next to them, office and service spaces are emerging as part of the Airport City. Due to the dynamically growing air transport (before the COVID-19 pandemic), more investments are planned, such as the Central Communication Port between Lodz and Warsaw, which will integrate air, railway and road transport.

The investment potential of Poland is easy to see in difficult times. The COVID-19 pandemic has shown that locating factories in the Far East during the crisis can cut off access to components due to problems in the supply chain. Poland, which even before the pandemic was a popular choice for business service centres, is now perceived as a great location for production and e-commerce. Thanks to our proximity to Western markets, locating investments in Poland allows for the stability of supply. Experts suggest that this nearshoring trend, or moving production closer to the end-user, will grow in the coming years.

One of the biggest advantages of Poland is human capital. It is also stressed by investors in the “Study of investment climate in Poland in 2018”, indicating that Polish workers are loyal and productive, while labour costs are relatively low.

Polish workers constantly improve their skills and efficiency while labour costs are lower than in Western Europe. More than 38 million inhabitants allow investors to find experience blue collar and white-collar workers with knowledge of languages.

For several years, Poland has been competing on the labour market with its low labour costs, but also the quality and level of education of employees. However, in comparison with Western Europe, labour costs in Poland are still attractive for foreign investors.

Eurostat data for 2019 indicate that the cost of employment of a worker in Poland is 10.7 EUR/hour, while the average in the EU is 27.7 EUR/hour. Compared to other counties of Northern Europe, such as Denmark or Luxembourg, employment costs in Poland are four times lower on average. Poland took the 6th place in terms of the lowest labour costs in Europe.
The minimum salary in Poland in the case of a full-time job is 2.600 PLN gross. The average gross salary in the enterprise sector in Poland in May 2020 was 5.120 PLN.

In 2019, in the AHK study German investors gave the best score for the quality of academic training of Polish Workers, as evidenced by the ever-increasing number of foreign students at Polish universities. The percentage of Poles with higher education is gradually increasing. In 2008, 32% of young Poles had higher education diplomas, while in 2018 – 44%. Poland is at the forefront of European countries in terms of the knowledge of English (9th in Europe) and German languages.